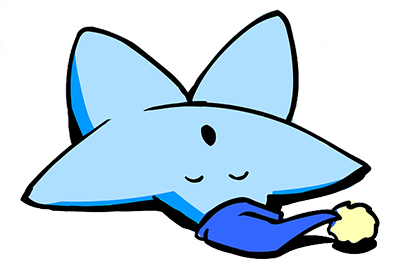 Death is not the end. In fact, the word isn’t even in the gubby dictionary. As far as most Toonarians are concerned, nobody really dies, they just go to sleep, so there is always hope that a loved one will return. As such, funerals are mostly happy events, and bodies are not buried, but put into Sleeporiums. A fresh set of clothes is always included with the body, so that a Sleeper may dress properly upon their return.

Now, it’s true that those who have entered “The Great Sleep” are mourned for, after all, no one knows when the Sleepers will awaken, and they will be deeply missed until they are reunited. But there is also rejoicing for the Sleeper.

Sometimes Sleepers awaken a year later, a hundred years later, or even a thousand years later. Every now and then, a Sleeper awakens later the same day. A few years ago, one fellow was said to have woken up shortly after the closing prayer at his funeral! Was he ever truly dead? No doctor would have declared otherwise–if dead were a word in Toonaria, The Great Sleep hardly seems permanent for many, so long as hope remains.

One never knows how or why, but Sleepers have been known to awaken from time to time. In fact, it has happened often enough that holidays have been established in the hopes of triggering awakenings on those special days, and it does seem as though a larger number of Sleepers have awakened since the holidays were made official. Even so, not all Sleepers awaken, not even after thousands of years, but this has not diminished the hope that they will indeed one day return. Such Sleepers are regularly visited by their loved ones, and it isn’t uncommon to have multiple funerals in memory of the Sleeper and their family, always with much fanfare.

Two legendary beings who vanished in the distant past and are believed to be sleeping in hidden Sleeporiums include the First Illuminarii and the Sleeping Architect. In the past, when powerful beings have succumbed to The Great Sleep, they have always returned, but these two enigmatic beings have never returned as far as anyone knows.

Much research is being conducted to determine patterns–why some Sleepers awaken while others don’t, and the timing of such awakenings. There are several theories. One, is that sometimes the souls of Sleepers are captured and are given new, temporary bodies to serve powerful beings, making their return greatly delayed. Another theory is that the spirit of all Sleepers is absorbed into the dream realm, and they forget their former lives. Only a few find their way back to their bodies and wake up. Still another suggests that all spirits are taken to their destined afterlife, and only a select few are returned to accomplish some great quest, or to assist another in doing so.

There are other theories as well, but no one knows for sure what really happens, as when a Sleeper awakens, they don’t typically remember what transpired. Those that do, often have very different stories of what took place, and are nearly always confused and forget significant details shortly thereafter. \

It is generally believed one should dwell in the present, and that mysteries are the spice of life, and therefore not a great deal of natural sleep is lost pondering such things. Those that do, sometimes go on grand quests to the dream realm and beyond, but not many of those ever return. Those that have, are not always believed, for their tales are epic indeed.

Well, that’s all for this week, folks. As promised, our posts will be rather erratic during the holidays, and also because I’m in the middle of trying to wrap up my latest book:
Sea of Worms. As ever, I covet your thoughts! Want to know more about Toonaria? Anything specific? Let me know and I’ll see what I can do! Take care and I look forward to hearing from you! To ensure you don’t miss anything, follow this blog and subscribe to our newsletter (subscribing gets you a free book!) Cheers! –Bob Whitely

© 2017QT Games LLC. All Rights Reserved. (like all of our blog posts. As for the little pic of the sleeping star? Nah, that’s Creative Commons. ‘Nuff said.)

Welcome to QT Games! Mission Never publish junk or waste people's time. Publish only high-quality fiction and games. 'Nuff said. Company Overview QT Games LLC was created to publish blended-genre (fantasy blended with sci-fi, etc.) fiction, board, card and roleplaying games for a discerning gaming community. Unlike most small press, we have very strict standards: Only pro writing, pro editing and pro art. That means that if we can't get it right, we find someone who can. We pay well for what we don't do in-house. We don't cut corners on quality. This means we stand to make less money than other small publishers, but that's okay with us. We value your time and money, so we're willing to take the bullet. We've designed a large number of games and written a pile of stories. Now we're polishing some of them and getting them out the door. 'Bout time, we know. Good stuff ahead!
View all posts by Bob Whitely/QT Games →
This entry was posted in author, blended-genre, Campaign Setting, Epic Destinies, fantasy, Fiction, Game Design, novel, Post apocalyptic, QT Games, Role-playing, Roleplaying, RPG, Sci-fi, science fiction, superheroes, Toonaria, Uncategorized and tagged Dreams, fantasy, fiction, Magic, RPG, science fiction, scifi, Toonaria. Bookmark the permalink.